Global warming is a major challenge all over the world today. If the world fails to act fast, the earth will be in serious trouble over the next 20-25 years. Currently, India ranks 103rd in the world in terms of per capita CO2 emissions and electricity consumption. One may feel that with such low per capita numbers, the onus on reversing global warming does not lie with us and should largely be the responsibility of those who consume over ten times or more energy and have much higher CO2 emissions as compared to India’s.

However, given its large population, India is also the third largest contributor to Green-house Gas (GHG) emissions in the world. Further, as its per capita income grows and energy consumption increases rapidly (led by higher use of air-conditioners, appliances and vehicles), India’s share of GHG emissions will continue to sky-rocket. Unfortunately, global warming will affect India more than others, with its large and low-income population. It cannot afford to sit back and must act today to reduce its fossil-fuel consumption and help in containing global warming

India’s current electricity production is dominantly coal-based. Most cooking is done using LPG; and industry extensively uses coal and gas for heat-generation in addition to using electricity. India’s transportation sector also largely uses petrol and diesel. In other words, almost all sectors are dependent on heavy use of fossil fuels. This is so even when the cost of producing electricity from solar and wind has dropped down to the range of Rs2 to Rs2.50 per kWh, whereas the cost of electricity produced from coal varies from Rs2 to Rs4 per kWh, depending upon the age of the plant and the extent to which pollution-control equipment is installed.

Yet, the total electricity produced from solar, and wind is a mere 8 per cent of the total. Given the geographic location and its climatic conditions, India has significant potential for solar and wind based energy to meet most of its electricity needs today and in the foreseeable future. However, given the intermittent nature of solar and wind, storage becomes increasingly important to ensure 24×7 supply from RE sources.

In terms of energy storage, chemical energy storage (battery) systems such as Lithium-Ion Batteries are one of the most promising types of storage available today. The effective cost of usage of these batteries depends upon not just the capital costs of such batteries, but also on the interest costs over its lifetime. With interest rates as low as 2 per cent in countries like Japan, USA, and Europe, the per kWh storage has an effective cost of under Rs4, but as the interest rate go up to 10 per cent or more in countries like India, this cost of storage rises to Rs8-Rs10 per kWh, considerably adding to the generation costs.

The IIT Madras Research Park (IITMRP) has taken up this challenge and work to move India towards 100 per cent RE. As a first step, it has decided to get its 1.2 million sq ft commercial complex as green as possible. Roof-top solar can typically meet only about 10 per cent to 15 per cent of its energy requirements. However, there is a government policy to generate solar and wind energy anywhere in the state in a group-captive generation mode and wheel the electricity to IITMRP using the existing transmission and distribution infrastructure at a cost of about Rs2 per kWh.

IITMRP is in the process of setting up about 6 MW of solar and wind plants using this mechanism to meet its electricity needs. The only problem will be that the energy generated and wheeled-in would not be used up instantaneously and will require energy storage to meet its round the clock demand. Today’s cost of such wheeled in electricity including demand charges is about Rs6 per kWh.

IITMRP is building two kinds of energy storage. As 40 per cent of energy consumption for such commercial complexes goes in air-conditioning, IITMRP has built a chilled-water storage system of 2.5 MWh; in addition, it is building a Li Ion Battery Storage. If innovatively built, the life-time cost of Li Ion battery storage will add Rs7 for each kWh of energy stored and retrieved.

If 30 per cent of generated electricity is used through storage and the rest consumed directly, then storage would add on average about Rs2.10 for each kWh of electricity consumed. Thus, it would be possible for IITMRP to convert all its electricity to renewable at a total cost of about Rs8 per kWh.

Chilled water storage would cost less and will bring down costs further. Commercial complexes like IITMRP today spends about Rs11 per kWh for its electricity, including the cost of electricity generated using diesel generator during power-outage. The Rs8 per kWh for RE based electricity is only going to go down over time, as renewable energy, wheeling-in and storage costs come down. One would need to manage every entity involved in generation, transmission, storage, and usage of electricity through a comprehensive energy management system to minimise any losses and to match demand and supply at every instant.

Thus, the approach not only helps IITMRP move substantially to renewable energy, but also saves in its cost of electricity. Currently there are over 40,000 such commercial complexes in India and they are only expected to increase in number. There is no reason that such an approach could not be adopted by all such complexes. Educational institutes and government buildings pay less for electricity today and would be able to adopt the approach as the costs come down. Industry consumes about 40 per cent of electricity in India today but pay less per kWh; yet it is only a matter of time, before which they would also financially benefit in adopting a similar approach.

Large High-income Group (HIG) housing complexes could follow suit and benefit. The important point to note is that commercial complexes, industries and HIG housing have access to capital and can invest today as long as they financially gain. These sectors together consume about 70 per cent of electricity in India today. Thus, India would be well on the way to become green.

Fortunately, India’s solar and wind generation potential is large enough for it to move towards this target. The technologies to scale this approach are available today, although innovations will be required to keep the costs low, as discussed above. The approach however has a few issues. While solar energy does get generated round the year with small day to day variations, wind energy generation is highly seasonal and has large peaks over four to five months in India.

Chilled water storage and Li Ion battery storage would be good to alleviate short-term variations in demand and supply (usage within few days), but they are not suitable for long-term storage. The months when wind generation peaks fortunately vary a bit across different parts of India. 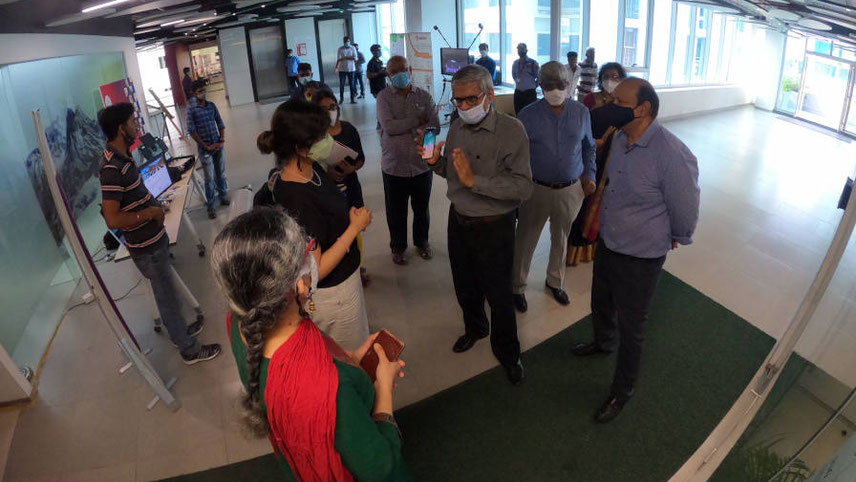 A focus on strengthening the Indian power grid and extending the open access policy to allow wheeling in RE generated anywhere in India would partially help manage the supply and the demand gaps in certain months. However, one needs to work on making long term energy storage technologically and economically viable.

If we also take the initiative to create an international power-grid connecting neighboring countries in Asia, we may be able to considerably solve the problem as aggregation of RE generated over the regions would help us balance supply and demand patterns. An equally important task would be to reduce transmission and distribution losses on the grid. These are all today’s tasks, that do not require waiting for new technologies and R&D, even though there will be lots of innovations in the space.

As the scale here will be smaller, costs are likely to be somewhat higher and may require some support in terms of policy and/or subsidies. The real scaling will then bring down the costs to bring in viability, even without any subsidy. The objective should be to take each net-zero technology intervention through these four stages.

We have tried to list technologies which could potentially help India get to net-zero. The technologies have been classified based on timelines required to get them to the scaled commercialisation stage.

While solar, wind, wheeling of Renewable Energy as well as chilled water and Li Ion battery storage could scale in the next few years, long term storage options such as Zn-air or Al-air battery require substantial R&D now and may be ready to scale only in five years. Similarly, electrification of 2W/3W could make sense immediately, however work is still needed to bring down costs for larger vehicles and freight transportation. Work on electrification of construction and agricultural equipment could start now but may take a decade before it is fully done.

Next generation solar cells like Perovskites and tandem cells, along with higher capacity and heights of wind turbines would substantially increase the energy generated from sun and wind to further bring down the costs of energy from renewables. Work may be continuously required for the next ten years. The challenge will be in the production of inexpensive Green Hydrogen.

We expect economic viability by around 2025. Use of hydrogen in ammonia (for agriculture), steel and cement production needs substantial development efforts in near term but could be ready to scale commercially in 5-8 years. As India would build substantially (as its GDP increases), calcification of limestone could release substantial carbon dioxide; this could damage the net-zero efforts of emerging countries like India. This is not big a problem for the West, as it will not carry out new construction in the same scale.

Therefore, Carbon capture during cement production and sequestration does require substantial efforts. R&D is hot in this area today and it may yield results in 5-8 years and India may have to take the lead. There are, however, a few areas such as Small Modular Nuclear and Compressed Air storage, which may become viable only after ten years. Early R&D and some work on its economics is required to be done today. 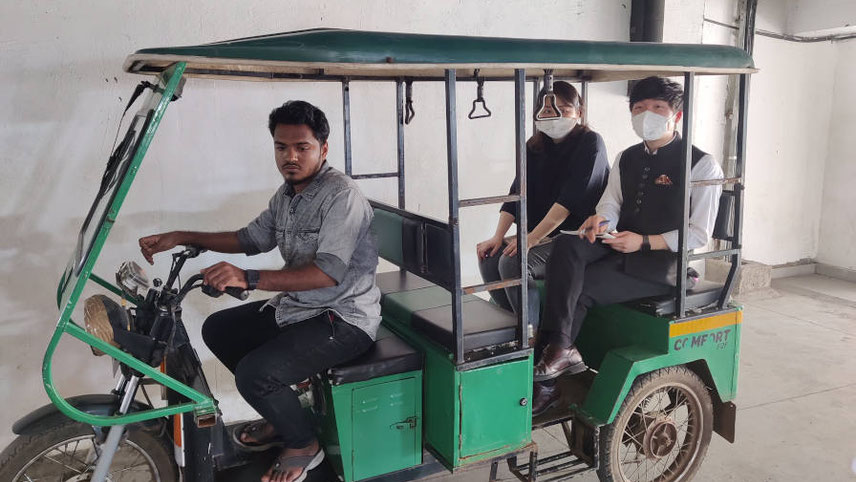 The rise of solar and wind along with the steady decline in the cost of storage technologies has made a compelling case for RE, and this shift towards a 100 per cent RE future now looks inevitable. However, the speed at which this transition takes place is dependent on policy measures, the capacity to innovate and adopt solutions at a wider scale.

Moving towards net-zero will need to overcome certain societal contradictions. Our investments in coal mines and coal-based power plants are recent (with 65 per cent added in the last ten years), and yet to be recovered. They also employ large number of people. Several states have significant revenues dependent on the coal-economy.

Similarly, many power DISCOMS incur heavy losses and may not like this rapid change. The automobile industry, including their ancillaries and the oil sector may also lose a lot. Therefore, the transition to an RE based future requires careful Change Management, which does not impact the growth of GDP and employment.

IITMRP and IIT Madras are doing everything to develop and commercialise the technologies towards net-zero. Pilots are in place for several technologies, while 12 months plans to get certain other technologies to pre-pilot stage are being pursued. Domestic and International collaborations with R&D centers and industries as well as Governments are in the offing. It is imperative that we accelerate this transition and IITMRP aims to take the lead to move India substantially towards 100 per cent RE by 2030.