Sandith Thandasherry started NavAlt in 2013 to design boats and ships that could save fuel and spare the marine ecosystem from carbon dioxide emissions. He built India’s first solar ferry boat and is now working on the world’s first green energy RORO.

While ferries may seem like a cleaner mode of transportation, most ferries run on diesel which is a highly polluting fossil fuel. According to the European Union Monitoring Reporting and Verification of CO2 Emissions report, while ferries represent just 3 percent of all vessels, they account for 10 percent of all maritime pollution.

To help solve this problem, Kerala launched India’s first solar-powered ferry boat ‘Aditya’ in 2017. Promoting the use of clean energy, the boat prevents the burning of 35,000 litres of diesel each year and helps reduce carbon dioxide emissions. Sandith claims the boat has saved 100,00 litres of diesel to date.

Sandith Thandasherry, Founder and CEO of Kochi-based NavAlt Solar and Electric Boats, felt both content and proud when he created Aditya. But he didn’t stop innovating; he is also on his way to building available green energy powered RORO (cargo ships) and advanced techniques ships and boats for fishermen that are affordable and easy to use.

In an interaction with SMBStory, Sandith talks about the new developments and battling the limitations to contribute his bit to make the world a clean, and a better place.

The making of Aditya

A naval architect by profession, Sandith moved across places to design ships after completing his education at IIT Madras. Before founding NavAlt, he also spent years working in South Korean shipyards that are known for their big naval shipbuilders.

His journey with shipbuilding began early on in his 20s when he started Navgathi in the late 2000s to offer better ship design which, in turn, would help in saving fuel.

A chance encounter while working on ship designing led the team at Navgathi to crack an opportunity on building India’s first solar boat and thus began Sandith’s foray into manufacturing by starting NavAlt in 2013.

He started the manufacturing line by investing around Rs 3-4 crore out of his savings, as well as with contributions from friends and family. After four years of consistent hard work, he launched ‘Aditya’ in 2017, which was inaugurated by Kerala Chief Minister Pinarayi Vijayan and then Central Cabinet Minister for Power, Renewable Energy, Piyush Goyal as India’s first solar ferry boat. The boat was launched in association with Kerala State Water Transport Department. 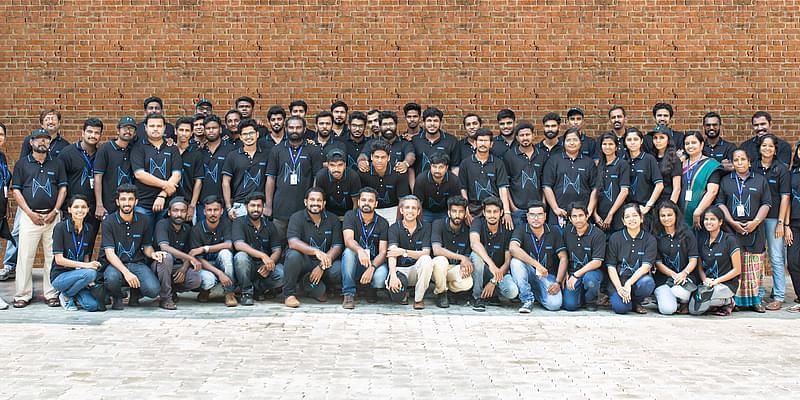 The aim was simple – to bring electric ferry boats that could help replenish marine life from further damage, besides enabling commuters to make informed decisions.

Battery-swapping: Industry wants the inclusion of higher-range vehicles in the policy