With climate change posing challenges in various sectors and daily life, researchers from across the States under the aegis of Department of Science and Technology ( DST) are tracing the impact of global warming on the country, finding new ways to track the global problem, improving the projection of climate, its impact as well as vulnerability to prepare for the future.

For instance, Dehradun-based researchers have found that small-sized glaciers in Sikkim are melting at a higher magnitude as compared to other Himalayan regions in a study published in ‘Science’ conducted by the Wadia Institute of Himalayan Geology. Researchers from the same institute have also found that black carbon from agricultural burning and forest fire has alerted over the years may influence melting of Gangotri Glacier.

Similarly, a team of scientists from IIT Kanpur has found that aerosols like black carbon and dust, which makes the Indo-Gangetic Plain one of the most polluted regions of the world, have led to increased incidents of high rainfall events in the foothills of the Himalayan Region, said a senior official from the Union Ministry of Science and Technology.

In another work supported by DST, IISc researchers showed that a planetary wave from the North Atlantic is capable of derailing the Indian monsoon on which the Indian economy is heavily dependent.

In fact, Centres of excellence in Climate Change in four Indian Institute of Technologies – Delhi, Bombay, Kharagpur, and Madras, are working on improving climate projection models to make them more comprehensive and accurate, said the official.

For it’s part, the Centres of Excellence (CoEs) Centre for Climate Change, IIT Delhi, has contributed to significant improvements to the base model, moving towards development of the India Centric Climate Model (ICCM).

Connection between monsoon and irrigation practices has been established by DST Centre for Excellence in Climate Studies, IIT Bombay. “They have underlined the need for representation of irrigation practices, farmer’s behavior, and vegetation- land and atmosphere interactions to improve model predictions and also develop agricultural vulnerability maps at the National level,” added the official.

Meanwhile  DST Centre for Excellence in Climate Change Impact on Coastal Infrastructure and the Adaptation strategies, IIT Madras is developing suitable climate change adaptation measures for coastal infrastructure and utilization of water resources. “A technique is known as “pseudo global warming method” has been adapted and successfully used for prognostic understanding of how cyclones originating in the Bay of Bengal would behave in the near future (2025) and in far future (2075) under different RCP scenarios (a greenhouse gas concentration trajectory adopted by the Intergovernmental Panel on Climate Change).”It is predicted that cyclone damage potential will increase significantly in future. This strategic knowledge is essential for all the studies related to adaptation of coastal infrastructure, water resources management in coastal areas and preparedness of coastal communities to extreme events in the future.

Historical climate data for the Indian Ocean region has been used by Center of Excellence (CoE)- IIT Kharagpur to understand the temporal variability of wave height (SWH) over the Bay of Bengal (BoB) region for the period 1997-2015, which have been published in reputed international and national journals. 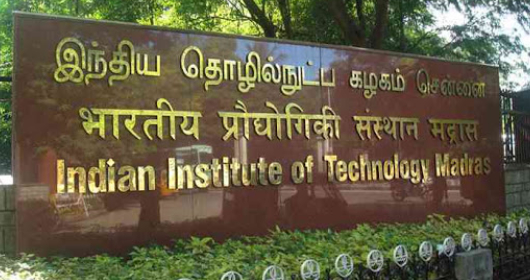